The store will not work correctly in the case when cookies are disabled.

Now it’s time to begin the heel! The Rose socks are shaped with a classic gusset and a heel flap embellished with a cable pattern. Because the heel is worked from the bottom up, we’ll use short rows and wrapped stitches to shape the heel turn.

Short rows with wrapped stitches (= wrap and turn). Working a short row means that you only knit a specified part of the row. To prevent holes at the points where you turn, the stitches are wrapped at each turn. Here’s how to wrap a stitch:

On the RS (right side): bring yarn to front of work, slip the next st to the right needle purlwise. Move yarn to back of work and then return the slipped st back to the left needle. Turn work. When later knitting a wrapped st, knit through both the st and the wrap at the same time.

On the WS (wrong side): Move yarn to back of work, slip the next st purlwise to the right needle. Bring yarn to front of work and return the slipped st to the left needle. When later purling a wrapped st, purl through the st and the wrap at the same time.

NOTE: See the link below for the video demonstrating short rows and wrapped stitches! 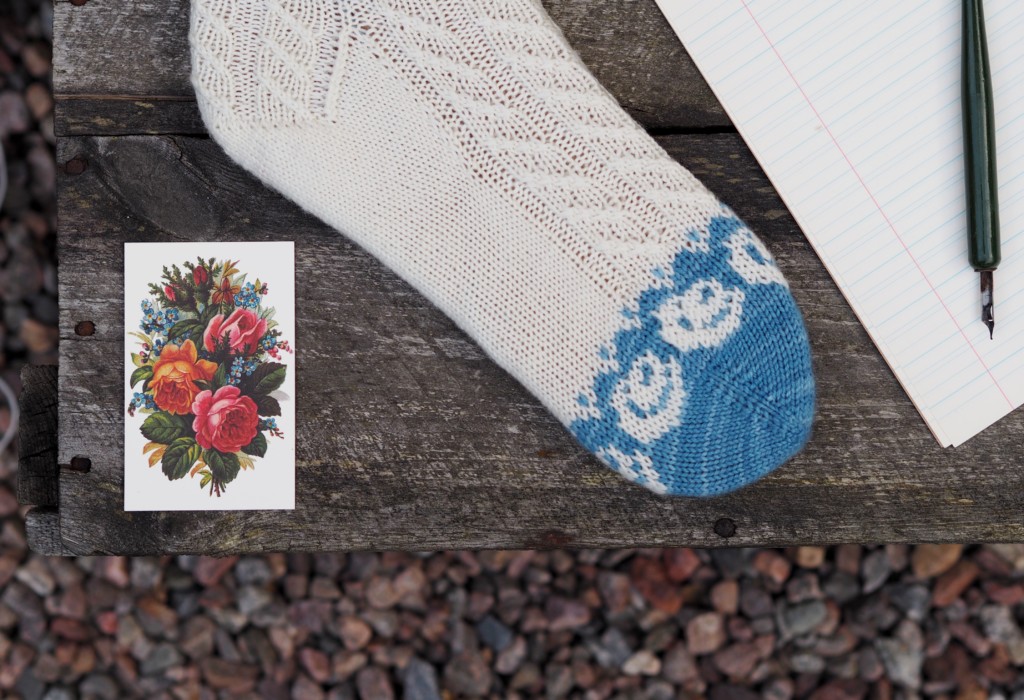 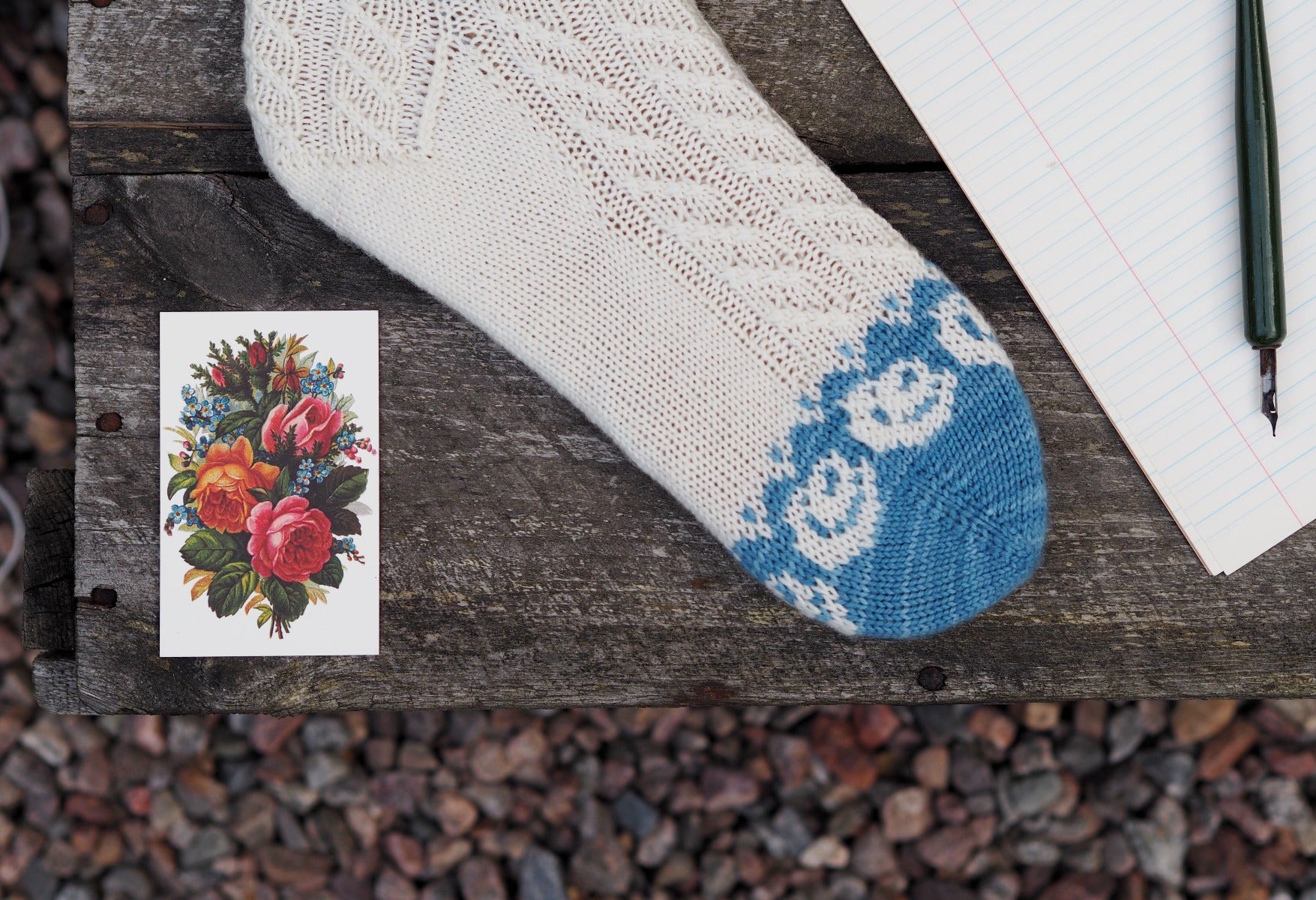 Rnd 1
Instep: Continue in cable pattern following the instructions in part 2, repeating Rows 1-8 as before, continuing from the pattern row at the end of part 2.
Sole: K1, M1l, knit until 1 st remains, M1r, k1.

Work 1 more rnd with cable pattern on the instep and stockinette on the sole.
Next rnd: Work in cable pattern across instep only = sts 1-30 (1-35).

At the same time as working the straight heel flap in cable pattern, join the gusset sts to each side of the flap.

Size S/M only: Work another 4 rnds in cable pattern around the ankle but knit the first and last sts on the sole side as before.

Both sizes: End with 1 rnd in stockinette. 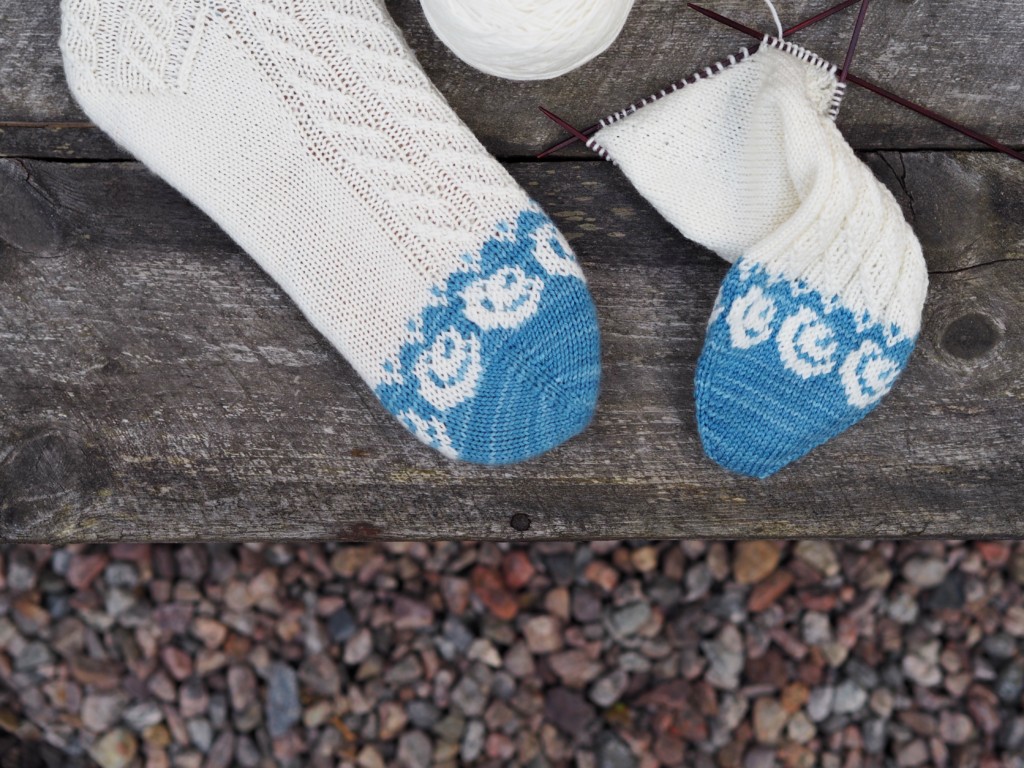 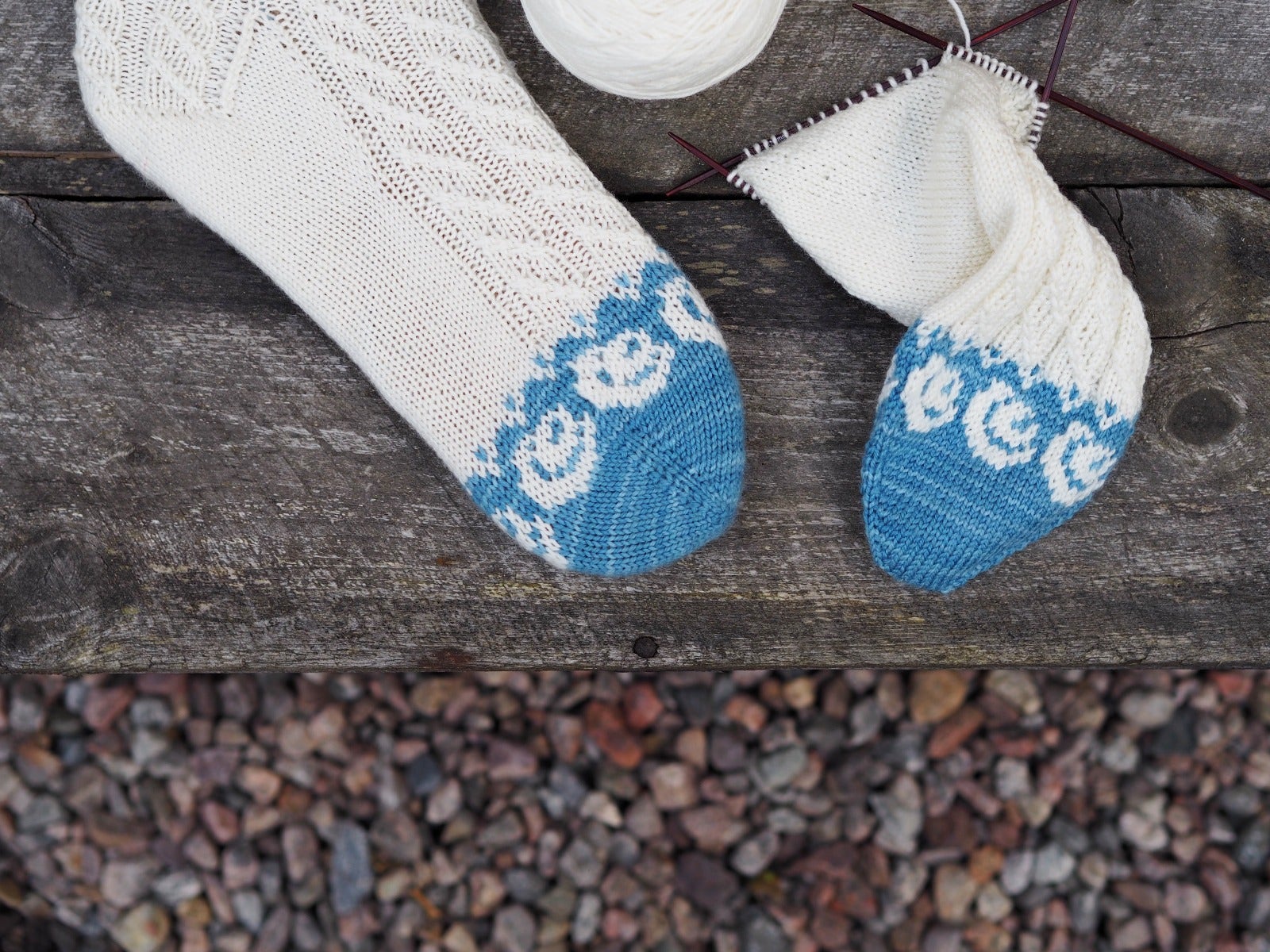